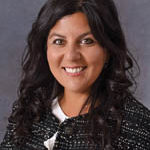 Gov. Ron DeSantis has signed a measure that expands a grandparent’s right to petition for visitation, but only in tragic circumstances.

The measure would create a rebuttable presumption for grandparent or step-grandparent visitation, but only in cases where one parent has been found criminally liable for the death of the other parent, or “civilly liable for an intentional tort causing the death” of the other parent. The presumption could only be overcome if the court finds that it is not in the best interest of the child.

Supporters dubbed the measure the “Markel Act.” Popular FSU Law Prof. Dan Markel was shot to death in the driveway of his Tallahassee home in 2014.

Markel’s parents championed grandparent rights after their son’s death and supported the measure.

Before DeSantis signed the measure, grandparents in Florida had few legal options.

Even then, the petitioner must establish that the surviving parent is unfit and poses a significant risk to the child.

“It’s going to be a wonderful thing for families across the state of Florida,” Book said.

Sen. Dennis Baxley, R-Lady Lake, quipped earlier this year that “this is the best thing that we’ve got going all session.”

“At the end of the day, many of us got more character development from our grandparents than any other person,” he said.