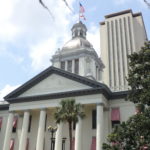 Gov. Ron DeSantis has vetoed a measure that would have let businesses sue a local government if a new ordinance reduced profits by 15% or more.

The measure would have allowed businesses to sue a city or county that enacted an ordinance or charter amendment that reduced profits by 15% or more, per location, within the jurisdiction.

The bill exempted emergency measures but would have allowed businesses to seek damages for up to seven years of lost profits.

In his veto message, DeSantis said the bill’s language was too broad, and criticized its failure to compensate businesses impacted by emergency ordinances. The latter was a reference to DeSantis’ vehement opposition to federal COVID-19 health mandates.

DeSantis said he agrees with the bill’s premise.

“Local governments do overstep their authority and unreasonably burden businesses through policies that range from the merely misguided to the politically motivated,” he wrote.

However, DeSantis said the bill’s language was “broad and ambiguous” and could lead to “unintended and unforeseen consequences and costly litigation.”

Local governments warned the measure would hamstring their ability to regulate growth and make other tough decisions.

Miami Beach Mayor Dan Gelber, a former House Democratic leader, said he rarely agrees with DeSantis, but praised him for vetoing the bill.

“Some businesses may not like it, but we’re trying to balance the needs of our citizens and protect their quality of life,” Gelber said.