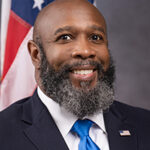 A South Florida lawmaker is renewing his attempt to eliminate citizen’s arrests, but with changes he hopes will satisfy critics.

Rep. Christopher Benjamin, D-Miami Gardens, filed HB 25 on December 6. The measure has not been referred to committees and there is no companion.

“In a modern world where we have modern law enforcement, there’s just no need for citizens trying to arrest one another,” Benjamin told Florida Politics.

Benjamin, an attorney, filed a similar measure last session, but it failed to get a hearing.

HB 25 lists a legislative intent to “abrogate any common-law remedy of citizen’s arrest.”

It states that “A private person who is not a law enforcement officer, as defined in S. 943.10(1), may not arrest another person for a violation of the laws of the state.”

However, Benjamin added an exception after legal experts and law enforcement groups expressed a concern that the measure would prohibit someone from stopping a burglary.

The measure would exempt a “person who detains, without the use of deadly force, a person who has illegally entered his or her dwelling, vehicle, or vessel until the arrival of a law enforcement officer.”

“We added an element to the castle rule,” Benjamin said, referring to a doctrine that allows people to use deadly force when they are in their homes or vehicles and there is a “reasonable fear of imminent peril or death.”

The measure retains an exemption in the original bill that would allow law enforcement officers who are outside of their jurisdictions to detain felony suspects.

The defendants, who are white, said Arbery, who was Black, was killed during an attempted citizen’s arrest.