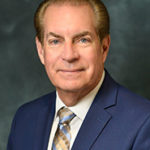 They work long hours in relative obscurity, but sometimes judicial assistants attract too much attention, says a Port Orange Republican who is renewing an effort to exempt “JAs” and their family members from public records laws.

Filed November 29, SB 50 would exempt the home addresses, dates of birth, and telephone numbers of judicial assistants, the addresses, phone numbers and places of employment of their spouses and children, and the locations of schools and daycare facilities attended by their children.

“In the course of assisting in making rulings, entering judgments, imposing sentences, or reviewing cases, judicial assistants may incur the ill will of litigants, the accused, the convicted, and their associates and families, thus making judicial assistants and their spouses and children targets for acts of revenge,” the bill states in a declaration of public purpose required of all proposed public records exemptions.

Sen. Tom Wright, who lists his occupation as “retired businessman,” has filed the proposal for the past several years. This year, the measure faces hearings in the Judiciary, Governmental Oversight & Accountability, and Rules committees. There is no companion measure.

“As we know, judicial assistants are the gatekeepers to everything related to their judge, as the judge can’t talk to litigants unless it’s in open court,” Wright told the Judiciary Committee before the panel approved it unanimously in 2019. “This places them at risk from harm from unhappy litigants whether it be from family court, drug court, or even sometimes in rare cases, attorneys.”

Wright pointed out that the measure would give judicial assistants the same protections as the judges they serve, and the same exemptions that Florida law applies to various public officials, from Supreme Court justices to municipal code enforcement officers and Department of Business and Professional Regulation investigators.

In 2019, Wright quoted from what he said were testimonials, given anonymously, by various judicial assistants.

JAs described graphic death threats made against their judges on office answering machines, being personally threatened with lawsuits, and receiving harassing calls on their personal phones.

One JA described pulling into her driveway and being confronted by a drunken defendant, a habitual offender facing a lengthy jail sentence, demanding help with his case. He eventually left her yard but committed suicide later that day with a shotgun, the JA said.

“Several years ago, my judge and I were notified by the sheriff’s department that one of the defendants had made threats against us and were actually following both of us to our homes,” wrote a JA who works in the Fifth Circuit.

Public records exemptions require a two-thirds majority vote in both chambers and contain sunset provisions for periodic legislative review. Depending on the subject matter, they can be difficult to pass.