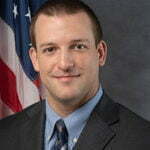 A House panel has approved a “sovereign immunity” measure that would, for the first time since 2010, raise the limits on claims against the government.

The House Judiciary Committee voted 19-0 on February 28 to approve HB 985 by Rep. Mike Beltran, R-Valrico. It heads next to the House floor.

Beltran said he was disappointed that he couldn’t get stakeholders to agree to raise the caps even higher.

At one point, a Senate companion proposed $1 million and $3 million.

HB 985 would also authorize the state and local governments to settle claims above the caps without legislative approval.

Sponsors say the latter provision could help reduce the number of “claims bills” that are required to compensate a plaintiff above the caps, a process that often takes years.

Another provision of HB 985 would eliminate the statute of limitations and statute of repose on a civil action related to sexual assault of a minor.

The measure is supported by the Florida Justice Association, which advocates for civil trial attorneys. It is opposed by local governments, who claim the increase will make their insurance unaffordable.

“I think the amendment is certainly a very big step in the right direction,” said David Cruz, deputy general counsel for the Florida League of Cities. “But we do feel that the $400,000/$600,000 is a number that is too high for our cities.”

The Senate version proposes a tiered system that would not raise existing caps for cities and local governments with populations of up to 50,000.

Like the House, the Senate version also would allow settlements above the cap limits and eliminate the statute of limitations for claims related to the sexual assault of minors.

The Senate Rules Committee approved the measure 16-1 on February 22 over the objection of critics who claimed it would violate a victim’s equal protection rights.

Gruters told the Rules Committee the caps would likely change on the Senate floor.

“At the end of the day, mistakes happen,” Gruters said. “Governments make mistakes and most stakeholders I’ve talked to agree that some type of adjustment to the amount should happen. The question is, what should that amount be?”