The House has approved a measure that could prevent financially strapped Floridians from losing their only ride to creditors — an idea that began when a South Florida lawyer answered a lawmaker’s social media plea.

“I think we’re doing a lot to help people who are poor, who are in bankruptcy, and who need that help, and I ask for your favorable support,” Gottlieb said.

The measure would simply raise — from $1,000 to $5,000 — the amount of interest a debtor may retain in a single motor vehicle, but only in bankruptcy proceedings. For cases involving attachment, garnishment, or other legal process, the amount would remain the same. 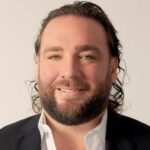 From the floor, Gottlieb credited fellow Broward attorney Chad Van Horn of the Van Horn Law Group for coming up with the idea. The two met, Gottlieb said, through their community service work with Big Brothers Big Sisters.

Before the session, Gottlieb put out an alert on social media asking for “common sense” ideas for legislation. Van Horn responded with a suggestion to update the exemption, which hasn’t changed since 1993.

“It’s really simple, you just change one number,” Van Horn said after the House vote. “It impacts the people that have the least means, the lowest income, more than it does people who make significant money.”

Van Horn has been monitoring the bill’s progress through every committee hearing. He was watching a live session broadcast, and exchanging texts with Gottlieb, when the bill won House approval.

A Senate companion, SB 528 by Sen. Tina Polsky, D-Boca Raton, is on the Senate calendar. Neither bill has received a negative vote.

Watching from the inside, so to speak, has renewed Van Horn’s faith in the democratic process.

“It’s an amazing story in showing how, just putting something out on social media, and just sending a quick message, can turn into potential legislation,” Van Horn said. “It’s been a really cool process.