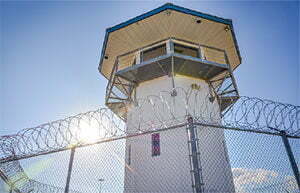 The Legislature has agreed to revise a Vietnam-era law that makes drug dealing first-degree murder when a customer dies of an overdose.

The measure passed in the waning hours of the session after sponsors agreed to compromise.

“If you live by the mantra that when everybody is unhappy, you have a good compromise, then this is the bill,” Brodeur said.

The 1972 law, enacted during a heroin epidemic, makes the unlawful distribution of a controlled substance first-degree murder when it is the “proximate” cause of a user’s death.

The bill originally called for substituting “proximate cause” with “substantial factor,” a standard that prosecutors say would be easier to prove when victims die with multiple substances in their blood.

But critics balked, saying it would be overly harsh.

The compromise proposal retains the proximate cause standard — but increases minimum mandatory sentences for trafficking between four and 14 grams of fentanyl from two to seven years.

The penalty for trafficking between 14 and 28 grams would increase from a mandatory 15-year sentence to 20 years.

At the recommendation of Gov. Ron DeSantis’ Statewide Task Force on Opioid Abuse, the measure adds methamphetamine to the enumerated substances in the 1972 statute.

It implements another task force recommendation to enhance penalties for peddling drugs within 1,000 feet of a drug rehabilitation facility.

Critics on both sides of the aisle opposed the provision, saying that adding another “drug-free zone” to ones that already exist for schools, parks, churches, and other public facilities would blanket entire metropolitan areas with enhanced penalties.

Sen. Jason Pizzo, D-Miami, added an amendment that would limit the “drug-free-zone” for churches to apply only “when such church or religious organization is conducting services or other activities.”

But when the measure reached the House, Plakon stripped the Senate amendments.

Plakon argued that decriminalizing drug test strips is unnecessary when they can be easily purchased on the internet.

Democrats argued that the strips are still illegal and users need them to avoid adulterated street drugs.

Rep. Kelly Skidmore, D-Boca Raton, noted that 9,000 Floridians died last year of overdoses. If the same number of dolphins or manatees died, the public would be up in arms, Skidmore said.

“Please think about the 9,000 lives,” she said. “Pretend they’re dolphins, pretend that you’re trying to save a species, only this species is human.”

“That’s predatory, it’s kind of like a sex predator being next to a daycare,” he said.

But the other drug-free zones need to be abolished or restricted, Pizzo said. He cited statistics that show 89% of drug-free-zone prosecutions involve Black suspects.