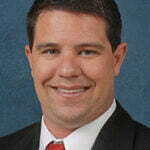 “Financial literacy is an important life skill for a student to have,” DeSantis said.

“We’ve been working on it for so long and I’m so proud of our section, they would just not give up,” Lieb said. “The cumulative effect will be extraordinarily positive for our communities over time.”

Beginning with the 2022-2023 school year, high school students will be required to learn about money management, credit scores, personal debt, loan applications, federal income taxes, investments, and how to open a bank account and balance a check book.

The act honors the memory of Sen. Dorothy Hukill, a Volusia County Republican, attorney, and former teacher who died a year after sponsoring a similar bill in 2017 that failed to pass.

“Sen. Hukill was my personal friend, and it was my deepest honor to fulfill her legacy,” Hutson said.

“This is a win for Florida students and will ensure they have the tools they need to make educated financial decisions and empower them to thrive in our economy no matter what path they chose after high school,” Busatta Cabrera said.

SB 1054 and HB 1115 had strong bipartisan support and sailed through their respective chambers without a single negative vote.

Besides the legislative sponsors, Lieb said much of the credit belongs to the Business Law Section, chaired by Kacy Donlon, and the section’s Financial Literacy Task Force.

Making financial literacy a graduation requirement in Florida has been a legislative position of the Business Law Section since 2014, Lieb said.

A few years earlier, Florida bankruptcy judges and bankruptcy practitioners, all section members, teamed up with the Council for Economic Education, a national not-for-profit that promotes financial literacy in schools, Lieb said.

“It was a perfect fit,” Lieb said. “Bankruptcy judges are really on the front-lines, seeing the connection, the correlation between the inability to overcome a personal financial crisis and a lack of financial literacy.”

The bankruptcy judges and CEE attempted to pass a bill with a financial literacy requirement in 2013, but it failed. They were undeterred, Lieb said.

Hutson sponsored a similar bill in 2019, but when it passed in the waning hours of session, the bill only required school districts to offer financial literacy training as an elective.

“It was a victory, but it wasn’t what we felt — and still feel very strongly — must be a requirement,” Lieb said.

This year, section members were in full-court press.

Tampa Bankruptcy Judge Catherine Peek McEwen, in a letter to DeSantis earlier this month, reminded him that the Middle District where she presides is the second busiest in the nation in terms of bankruptcy filings.

McEwen’s letter urged DeSantis “to help make our court obsolete for many of our fellow citizens,” and reserve it instead for “people suffering some truly unpredictable crisis.”

The dividends should pay off for decades to come, Lieb said.

“We hope that over time, this will create a more stable economy in Florida because we will be more savvy consumers.”