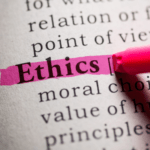 But for the small fraction who risk discipline through unprofessional conduct, “The First Amendment is a poor defense.”

“A brief history lesson probably is helpful,” Tozian said. “Where we are today is unprofessional conduct is synonymous with unethical conduct.”

Coming on the first day of Winter Meeting, the seminar focused on the evolution of discipline cases and the court’s treatment of professionalism.

When Tozian and Altenbernd, now a shareholder with Banker Lopez Gassler, began practicing in the 1970s, The Florida Bar was smaller and more collegial.

Now that Bar membership exceeds 100,000, courtroom opponents are more likely to be strangers, and under more stress, Tozian said.

“Today, you’ve got cell phones, you’ve got computers, you’re available 24 hours a day,” he said. “It’s a tough business, as those of you all know, and it’s particularly tough for the small practitioner.”

The respondent, who cursed and demeaned an opposing counsel, did not receive a lengthy suspension, Tozian said, but the Supreme Court put the Bar on notice, calling the conduct, “patently unprofessional…we should be and are embarrassed and ashamed.”

“You don’t get back automatically to practicing law, you have to file a petition for reinstatement,” he said. “Ninety-one days can turn into two years for lots of lawyers.”

In a 2010 grievance case, Florida Bar v. Norkin, the respondent verbally abused and intimidated an ailing, 70-year-old senior judge, and was disrespectful during his Supreme Court public reprimand. He was eventually disbarred.

In 2011, the Supreme Court added a civility pledge to the Oath of Admission.

“To opposing parties and their counsel, I pledge fairness, integrity, and civility, not only in court, but also in all written and oral communications.”

Lawyers would be wise to remember it, Tozian said.

“I think it’s fair warning,” he said. “People ought to understand the importance of professionalism. We put it in the oath.”

Misuse of social media has become a growing problem in discipline cases, as well said.

Tozian cited a 2020 case, Florida Bar v. Ashley Krapacs, in which the respondent was accused of threatening opposing counsel on social media. A referee recommended a two-year suspension, but the Supreme Court ordered disbarment.

“She had a misguided belief that the First Amendment shields her,” Tozian said.

Lawyers should be aware of other “problem areas” that could lead to discipline, Tozian and Altenbernd said.

Last year, the Supreme Court adopted Florida Bar Rule 3-7.18, (Disposition of Inquiries or Complaints Referred to the Bar by Members of the Judiciary).

A product of the Special Committee on Examination of the Judicial Referral Process, the rule establishes a process by which the Board of Governors and the Supreme Court will review and approve the disposition of referrals regarding lawyer misconduct from members of the judiciary that do not result in a finding of probable cause or the filing of a formal complaint if a finding of probable cause is not required.

“This is just another reason you should be respectful to the judge,” Tozian said.

Lawyers who faithfully observe the latter rule can avoid problems with the former ones, Tozian said.

“I learned the one thing you don’t do is ignore your client. If you put your head in the sand, that’s courting disaster,” he said. “Being straightforward with people, the vast majority of the time, they understand.”