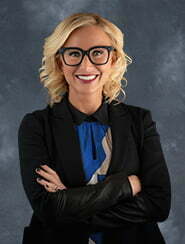 Florida would create an “Office of Child Representation” to provide attorneys for abused, abandoned, or neglected children under a measure that is moving through the Florida Senate.

“It will strengthen and streamline children’s representation in the dependency process so that the State of Florida can ensure the very best interest of children is both protected and adequately represented,” Book told the committee.

Book assured critics the proposal would not do away with the Guardian ad Litem Program, which provides volunteer advocates to represent abused and neglected children in court proceedings.

“It ensures that guardians ad litem will continue to be appointed to children in most dependency cases,” Book said.

The measure would create an Office of Child Representation under the same Judicial Administration Commission that houses the Guardian ad Litem Program.

However, the bill specifies that the office would be managed independently by an executive director who must be an attorney with at least five years of experience, and knowledge of dependency law and social service delivery systems.

The Office of Child Representation would provide direct legal services, but it would be allowed to contract with local non-profit agencies in certain circumstances.

Sen. Gayle Harrel, R-Stuart and a longtime champion of the Guardian ad Litem Program, asked when the measure would require the appointment of a guardian ad litem versus an OCR attorney.

Judges would retain the discretion to appoint a guardian ad litem at any point in a dependency proceeding, said Ryan Cox, the committee staff director, adding guardians ad litem would also be appointed under many of the same circumstances they are now.

“So, there is no change in when the guardian ad litem would normally be appointed,” Harrel said.

The measure would also give judges the discretion to appoint an Office of Child Representation attorney at any point in a dependency proceeding, and require their appointment under certain circumstances, Cox said.

For example, Cox said, “the attorney has to be appointed when the child goes into out-of-home care that is licensed, so that would be your Level 1 to Level 5 foster homes,” Cox said.

Harrel said she remains concerned that attorneys who represent an abused or neglected child would face ethical conflicts.

“They deserve to have [their desires] represented to a court, but they also deserve to have the counsel of a lawyer,” Vigil said. “They all deserve the opportunity to be told, ‘OK, that’s what you think will happen to you, but let me explain.’”

Vigil, who has been board certified in juvenile law since 2017, said she visited more than 50 foster homes in the past year.

“I want to be with my sister, I want that to stop, I want to be in a different school,” Vigil said. “These are the types of things that young people want to be heard about, but sometimes, their trauma doesn’t let them say it out loud in the courtroom.”

Eileen Smith, a guardian ad litem volunteer from Tallahassee, urged the committee to reject the proposal.

It will do nothing to address an alarming turnover in caseworkers, which is the most urgent problem, she said.

“Children need a consistent person that remains the same, even when all of the other paid positions turn over,” she said. “That problem needs to be addressed, but we don’t need another office of attorneys to do it.”

In 2002, The Florida Bar’s Commission on the Legal Needs of Children recommended that Florida fully fund independent advocacy, including attorneys and guardians ad litem for children in certain proceedings, and create a statewide office “to oversee and provide best interest and client-directed representation.”

Dustin Vega, 30, urged the committee to approve the bill. He said he would not have survived the abuse and neglect he suffered in the foster care system without the help of a lawyer.

“The only exit that I found from a guardian ad litem who never paid attention, from a court that never heard me, was to steal a car and run away,” he said. “To give a child a voice is to give them hope and courage for the future.”

Rep. Randy Maggard, R-Zephyr Hills, filed a companion measure, HB 1549, on January 11. It has yet to receive committee references.