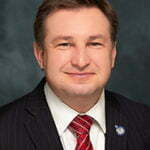 The Senate Judiciary Committee has approved a measure that would make it easier to charge drug dealers with first-degree murder when their customers die of an overdose.

Over the objection of some Democrats, the committee voted 7-3 on January 10 to approve SB 190 by Sen. Jason Brodeur, R-Lake Mary.

The measure merely closes a loophole in a statute that Florida enacted more than 50 years ago in response to a heroin epidemic, Brodeur told the committee.

“It was the will of the 1972 Legislature to make predators responsible for the poisons that they peddle to their customers,” Brodeur said. “We need to have education, treatment, prevention….but we also need law enforcement, and this is just one piece of that.”

The proposal targets a provision in the statute that requires a defendant’s actions to be the “proximal cause” of a fatal overdose, something that prosecutors say is difficult to prove when a victim’s blood shows traces of multiple substances.

Instead, the measure would substitute “substantial factor.”

Sen. Darryl Rouson, D-St. Petersburg and an attorney, said he supports holding drug dealers responsible for the harm they cause, but is concerned about expanding the death penalty.

“This state has a history of discriminating when it comes to the death penalty,” he said.

“We think it’s unconstitutional because of the vague standard,” she said.

Witnesses would be less likely to call for help if they knew an overdose could lead to murder charges, Daniels said.

The House Justice Appropriations Subcommittee voted 9-4 on December 1 to pass a companion, HB 95, by Rep. Scott Plakon, R-Longwood. It passed the Criminal Justice and Public Safety Subcommittee 14-4 on October 21. HB 95 faces one more hearing in House Judiciary before reaching the floor.