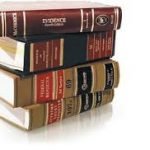 Several bills take effect January 1, 2022, including a measure dealing with online notarization, and another that targets the publication of legal notices.

Known in legislative parlance as a “glitch bill,” the measure revises a Florida law that authorizes remote notarization.

The legislation allows court reporters to remotely swear-in witnesses as well as newly admitted members of The Florida Bar, via “audio-visual technology.”

Among other things, it clarifies that a principle does not need to satisfy a “knowledge-based authentication and credential analysis” if the online notary personally knows the principle.

Most of the bill’s provisions apply to Remote Online Notary, or “RON” platforms, and includes a requirement that RONs store videos of notary sessions.

The legislation removes a requirement that foreign passports bear a U.S. stamp when performing an online notarization of a principle not located within the U.S.

Another bill that takes effect on New Year’s Day modifies a long-standing provision of Florida law that requires legal notices to be printed in local newspapers.

Fine made repeated attempts to repeal the print requirement for legal notices, arguing that local governments shouldn’t be forced to subsidize a struggling industry.

“When the telegram industry died because communication methodologies changed, government didn’t step in and require people to continue to send telegrams,” Fine said.

Independent publishers of small-town newspapers warned that the loss of millions of dollars in badly needed advertising revenue statewide would force many of them to fold.

The Florida Press Association and Former Lt. Gov. Jeff Kottkamp, who represented the American Lawyer Media Group, argued that minorities and low-income residents who lack internet access would be excluded from important government notices for such things as tax increases and special elections.

The final version of the bill, a compromise, expands state law to require legal notices to be published online and printed in local newspapers.

“Local governments will continue, if they so choose, to print them,” Fine told the House before final passage. “They will now be able to put them online.”

The legislation gives local governments the option of publishing legal notices on the website of a qualified newspaper and on a Florida Press Association legal notice website.

Another provision allows newspaper publishers to charge the same amount for publishing an online notice as they do for a print version.

The legislation also requires the Florida Press Association to “seek to ensure” that minority populations throughout the state have equal access to legal notices on an FPA website. The FPA will also be required to compile an annual report detailing the effort.

According to a legislative staff analysis, the “bill may reduce newspaper revenue if government agencies transition to publishing legal notices online, and competition among newspapers causes online notice publication prices to decrease.”

Beginning next year, peer-to-peer program operators will be required, among other things, to pay the state a discounted, $1 per day surcharge similar to one paid by car rental companies. The legislation sets minimum maintenance and insurance requirements for program operators and shared drivers.