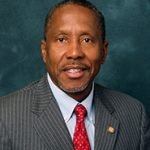 A Senate panel has approved a criminal justice reform measure that would retroactively apply reduced sentences for some crimes.

The Senate Criminal Justice Committee voted 9-0 on November 2 to approve SB 276 by Sen. Darryl Rouson, R-St. Petersburg. There is no House companion.

Rouson noted that as a member of the Constitution Revision Commission in 2018, he sponsored Amendment 11. Among other things, Amendment 11 gave lawmakers the ability to apply reduced penalties to pending and past cases. Voters approved it by a 62% margin.

“In sum, this bill is about hindsight,” Rouson told the committee. “It’s about equity and fairness in sentencing.”

The measure would also apply the Legislature’s 2019 decision to reduce gram weight thresholds and sentencing ranges for trafficking in hydrocodone and codeine, to pending and previous cases.

Another provision would apply 2014 reductions in gram weight and sentencing ranges for trafficking in oxycodone to pending and past cases.

According to a staff analysis, it is unclear how many offenders would be eligible.

Rouson stressed that the measure would only create a procedure to notify eligible inmates who could then request a resentencing hearing.

“This bill by itself does not release anybody from prison,” Rouson said.

Mothers who say their sons are serving mandatory sentences for drug crimes urged the committee to support the proposal.

Michelle Rothwell, who identified herself as a “registered voter,” said her son was 17 when he received a 25-year mandatory sentence in 2008 for hydrocodone trafficking and armed robbery. The reduced penalties could have shaved seven years from his sentence, Rothwell said.

“My son Danny has been raised by the Florida Department of Corrections instead of at home with his family,” she said.

“Something that weighs one-fifth the weight of my iPhone,” he said. “That kid’s life is basically going to be in prison.”