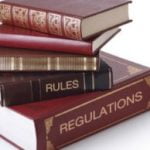 In what could be a microcosm for the debate over how to balance in-person and remote court proceedings in a post-COVID world, the Juvenile Court Rules Committee has made recommendations on remote hearings for dependency and delinquency proceedings.

At its October 14 meeting, the committee reviewed proposals for remote access in juvenile proceedings being prepared by the Supreme Court’s Steering Committee on Family and Children in the Courts.

The court’s COVID-19 Workgroup, which had recommended remote proceeding and other changes for most other procedural rules, deferred to the steering committee on juvenile rules. The steering committee, in turn, sent its rule amendments to the Juvenile Court Rules Committee for feedback prior to filing its proposed changes with the Supreme Court.

The rules committee generally approved most of the steering committee’s recommendations on remote proceedings, with some mostly technical changes. Then it went on to make its own proposals, which would keep automatic in-person proceedings in dependency cases only for the most serious adjudications and allowing all preliminary proceedings to be done remotely, unless a party could show good cause for an in-person hearing.

An ad hoc subcommittee had proposed that dependency hearings be divided into three categories of in-person, remote, and hybrid hearings that combine some participants being in court and others appearing remotely.

All other types of dependency hearings would be hybrid hearings. Parties could petition to change the type of hearing up to five days before it is scheduled, or 24 hours before an emergency hearing.

Committee member Robin Rosenberg said the proposal made it too hard to have in-person hearings in important cases.

She said the advance notice requirement to change a remote shelter hearing “eliminates any possibility of requiring it to be in person…. I am more concerned about the presumption that judicial review and permanency hearing, which I think are very significant from the child’s perspective, being presumptively remote….

“In trying to poll colleagues around the state, the feedback I got is things are done very differently in different parts of the state and this would be really disruptive to things that are working well in some places,” Rosenberg said.

“The proceedings I’ve attended, children have had a lot more opportunity to address the court and a lot more flexibility regarding remote hearings,” he said. “Actually, kids are more present now than they’ve ever been in court.”

“In Marion County, we’ve been doing everything remotely…for over a year and it’s worked extremely well and everyone is pleased. I wish we could make it all available and if someone wanted to stop it, they would have to file a motion,” said committee member Donald Royston. “Parents show up who might not otherwise show up. People can appear remotely. We don’t have a problem with out-of-town witnesses. It’s been wonderful.”

Committee member Richard Joyce advocated changing the committee’s suggested Rule 8.255 so that only adjudicatory proceedings would be required to be in person, dropping arraignments and advisory proceedings.

Joyce’s motion passed 17-4 with four members abstaining. A second motion was made to have all proceeding remote, but that failed 4-21.

“I don’t want to diminish the importance…of a termination of parental rights adjudicatory hearing or a dependency hearing because we’re talking about a fundamental liberty interest of a parent,” Joyce said, adding if interpreters were involved, such remote hearings would be even more difficult. “I would prefer to be in court for the hearings I mentioned just so I could have better communication with my client and understand better. I think they’re too important to make them remote.”

Members noted that judges under the rules could use local administrative orders to expand or contract the use of in-person and remote hearings.

The committee passed its recommended changes to the steering committee rules 21-1, with three abstentions.

One other amendment the committee made to its recommended rules was to change a provision that said “parents” in a remote hearing should have a guaranteed way to confidentially confer with their lawyers to all “parties” in a hearing should have that right.

“Everyone who is appearing remotely should have the opportunity to have confidential communications with their attorney,” said Rosenberg, who made the suggestion.

The committee’s recommendations now go back to the steering committee, which will ultimately recommend amendments on remote and in-person proceedings to the Supreme Court in dependency cases.

The court is already separately considering recommendations from the COVID-19 Workgroup and the Rules of General Practice and Judicial Administration on remote proceedings.