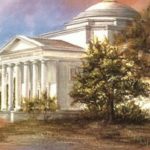 Parties in family law cases who successfully defend dissolution-related agreements are not entitled to attorney fees if those contracts allow fees only for enforcing the contract, according to the Supreme Court.

The court on October 7 ruled that F.S. §57.105(7) does not apply to such agreements. That statute converts unilateral fee awards into reciprocal awards.

The court, in a unanimous opinion written by Justice Jamie Grosshans, said the family law agreements in this case were not unilateral since either party could collect fees if they prevailed. The contracts did not provide fees for successfully defending a claim of violating the agreement.

The case involved a divorce where the husband and wife signed a consent custody and a property settlement and support agreement (PSA). The latter provided that if either party took action because of the other’s failure to follow the PSA, the party found to be in violation would pay the reasonable expenses of the other party including attorney fees.

Eventually, a magistrate and then the judge found the wife had not violated the agreement, but rejected her claim for attorney fees because the PSA only provided fees “against ‘the party who is found to be in violation of th[e] Agreement.’”

Both parties appealed and the Third District Court of Appeal upheld the trial court ruling, except it held the former wife was entitled to attorney fees. The DCA reasoned that F.S. §57.105(7) “amends by statute all contracts with prevailing party fee provisions to make them reciprocal” and “[t]he award is mandatory, once the lower court determines a party has prevailed.”

The Supreme Court agreed with the former husband. Grosshans wrote that F.S. §57.105(7), “only applies to a provision that confers on a party the right to attorney’s fees while not affording a comparable right to the other party,” adding in another recent action the court characterized those as “unilateral” provisions.

To apply F.S. §57.105(7) in this case, she added, would confer on the former wife the right to collect fees without showing a violation of the PSA.

“Section 57.105(7) simply does not go that far: it levels the playing field, but does not expand it,” Grosshans concluded.