Florida Bar News – If it Doesn’t Deal with the Law, Judges are Precluded from Serving on Executive and Legislative Branch Committees 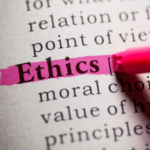 Judges may not serve on or consult with executive or legislative branch policymaking committees or commissions unless they focus on the law, legal system, administration of justice, or independence of judiciary, according to the Judicial Ethics Advisory Committee.

The Supreme Court’s ethics committee issued Opinion 2022-10 August 30 responding to a judge who has been asked by the Office of School Safety, which is a part of the Department of Education, to serve on the recently created School Environmental Safety Incident Reporting Committee, created in the wake of the Marjory Stoneman Douglas High School mass shooting. The Office of School Safety has reached out to the inquiring judge, as well as state attorneys and criminal law practitioners, to become a member of the committee to assist in harmonizing the definitions to be used in a proposed revision of an administrative rule with those used in criminal statutes.

The JEAC cited Canons 4C and 5C(1) in saying that a judge shall not appear at a public hearing or consult with an executive or legislative body, except on matters concerning the law, legal system, or administration of justice.

In the past, these canons concluded that judges could serve on alcohol, drug abuse, and mental health councils; juvenile detention center community advisory, and juvenile justice boards; and on a task force on gang-related activities because in those instances the focus of each group was law related.

However, the JEAC determined that the goal of the committee in question did not concern the law, legal system, or administration of justice.

“Here, the very important goal of enhancing school safety is the focus of both the [School Environmental Safety Incident Reporting Committee] and the [Marjory Stoneman Douglas High School Public Safety Commission], rather than the law, the legal system, or the administration of justice,” the panel said. “Thus, it is the JEAC’s opinion that the above-cited Canons require the inquiring judge to decline the invitation to join the [School Environmental Safety Incident Reporting Committee,]” the panel said.

The Judicial Ethics Advisory Committee is charged with rendering advisory opinions to judges and judicial candidates on the application of the Code of Judicial Conduct to their circumstances. While judges and candidates can cite the opinion as evidence of good faith, the opinions are not binding on the Judicial Qualifications Commission.