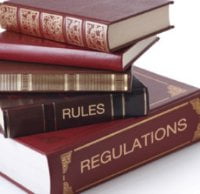 The court, on its own motion, amended Rule 4-5.4 (Professional Independence of a Lawyer) June 2 in Case No. SC22-607, as it indicated it would do earlier this year.

That amendment was put forth by the court’s Special Committee to Improve the Delivery of Legal Services in its final report recommending a host of changes to Bar rules in an effort to facilitate greater access to legal services in Florida.

“Consistent with the Special Committee’s recommendation, we amend rule 4-5.4 to include new subdivision (f) (Nonlawyer Governance of Not-for-Profit Authorized Business Entity),” the court said. “The new subdivision recognizes the existing charitable corporate structure of many not-for-profit legal service providers and expressly authorizes the service of nonlawyers on the board of directors for such providers. It also identifies certain professional obligations of lawyers who either operate or are in the employ of not-for-profit legal service providers.”

In March the Supreme Court told the Bar it did not intend to adopt most of the recommendations from the final report of its Special Committee to Improve the Delivery of Legal Services after the Bar, and others, objected. Among those recommendations were proposals to test nonlawyer ownership in law firms, fee splitting with nonlawyers, and broadly expanding the work paralegals are allowed to perform.

While declining to adopt those recommendations, the court emphasized that it remains committed to ensuring that the rules governing the practice of law in Florida not only enforce appropriate ethical standards among Florida lawyers, but also meet the needs of Floridians for timely and affordable legal services and told the Bar to provide alternative proposals to ‘improve the delivery of legal services to Florida’s consumers and…assure Florida lawyers play a proper and prominent role in the provision of these services.’”

The court has given The Florida Bar until December 30, 2022, to provide those alternative proposals for “how the rules governing the practice of law in Florida may be revised to improve the delivery of legal services to Florida’s consumers and to assure Florida lawyers play a proper and prominent role in the provision of these services.”

The amendments to Rule 4-5.4, which the Bar supported, are effective August 1. But because the amendments were not published for comment previously, the court is giving interested persons until August 16 to file comments with the court.