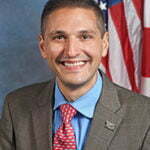 A measure that would give city and county attorneys, and their assistants, greater privacy protections is one step closer to the Senate floor.

“Now city and county attorneys will have the same public records exemption as judges,” Burgess said after the measure won swift approval.

The measure would not apply if the attorney runs for public office.

Before the committee voted, Burgess offered an amendment that removed photographs from the list of exempted material.

The First Amendment Foundation requested the change and would make the protections consistent with those afforded to judges, Burgess said.

The measure would also protect the personal identifying information of the attorneys’ spouses and children, including the names of the children’s schools and daycares.

The bill states that the exemptions are necessary because the attorneys are regularly involved “in legal enforcement proceedings in areas of neglect and abuse,” related to codes and ordinances.

“Such attorneys have received death threats and emails from disgruntled persons,” the bill states. “Other incidents have included the stalking of such attorneys and their spouses and children.”

Last month, Pasco County Attorney Jeffrey Steinsnyder, vice president of the Florida Association of County Attorneys, told the Senate Judiciary Committee that his board was forced to install electronic locks in his office suite. After a recent adverse ruling, one angry constituent went straight from a hearing room to the county offices to demand the attorney’s personnel file, Steinsnyder said.

Another disgruntled litigant was turned away late at night when he approached the entrance to a county attorney’s gated community, Steinsnyder said.

“We’re looking for the same protections that prosecutors have,” he told the panel.

SB 1420 cleared Judiciary on 9-0 vote. It faces one more stop in Rules before reaching the Senate floor.

A companion, HB 1213 by Rep. Kristen Arrington, D-Kissimmee, has yet to receive a hearing.

The 60-day session is scheduled to adjourn March 11.