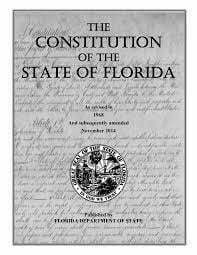 Over the objection of Democrats, unions, civil rights and environmental groups, a House panel has endorsed a proposal to limit the scope of citizen initiatives.

The Public Integrity and Elections Committee voted 11-5 on January 18 to approve HJR 1127 by Rep. Mike Beltran, R-Valrico. A companion, SJR 1412 by Sen. Jason Brodeur, R-Lake Mary, has yet to be heard.

The proposed ballot measure would add a phrase to Article 3, Section XI of the Florida Constitution that would limit citizen initiatives to addressing only “procedural matters” or “the structure of government.”

If a supermajority of the House and Senate approve, the proposed amendment could appear on the November ballot.

Beltran told the committee that the measure is necessary to prevent special interests — he cited billionaire investor George Soros — from using the initiative process to sidestep the will of the Legislature.

“We have a written Constitution in Florida that provides for limited government….and most importantly, legislative lawmaking,” Beltran said. “Unfortunately, we’ve turned our Constitution into the seventh volume of the Florida statutes.”

Beltran said the initiative process would still be available for proposals such as the popular anti-gerrymandering “Fair Districts” amendment that addressed the decennial redistricting process. He said the wording is borrowed directly from the Illinois Constitution.

Critics blasted the proposal as undemocratic.

Rep. Susan Valdes, D-Tampa, said that after her parents were forced to flee an authoritarian regime in Cuba, she could not support any measure that would curb political expression.

“Those that live in communistic countries don’t have the opportunity to put any initiative on the ballot,” she said. “This hits home, because of my ancestors, and the things that my family has gone through, that we lived through.”

Beltran, a Harvard Law graduate, said the measure would strengthen representative democracy by leaving policy to the Legislature, where proposals are debated publicly in committees and on the House and Senate floors.

“Unfortunately, the initiative process short-circuits that,” he said.

The measure is supported by the Florida Chamber of Commerce.

Rich Templin, legislative and policy director for the Florida AFL-CIO, reminded the panel that the Florida Constitution reserves all political power to the people.

“This is elitist,” Templin said. “This is the legislative body saying we know more than you do.”

Currently, the Supreme Court reviews citizens initiatives to determine only that they do not violate a single-subject requirement and that the ballot title and summary fairly represent the subject of the proposed amendment.

In recent years, Florida lawmakers have attempted to rein in the initiative process, most recently by raising the threshold for passing ballot measures from a simple majority to 60%.

A proposal to raise the threshold again to a two-thirds majority failed last session. But lawmakers approved another measure – Amendment 2 on the November ballot – that will ask voters to abolish the Constitution Revision Commission. The mostly appointed, 37-member panel meets every 20 years and has the power to put measures directly on the ballot.

If voters eliminate the CRC, that will still leave four venues for amending the Constitution — the citizen initiative process, legislative ballot proposals, a constitutional convention, and the Taxation and Budget Reform Commission.

HJR 1127 faces one more hearing in Judiciary before reaching the House floor.