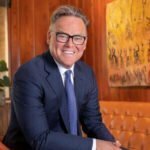 “We were all trying to grasp the enormity of it, was our country really under attack? Did we all need to go home and be with our families?”

Twenty years later, Napper is about to serve as an ABA Criminal Justice Section Council observer in a pre-trial hearing for Khalid Shaikh Mohammed, the accused mastermind of the attacks.

“I think it’s really a once-in-a-lifetime opportunity,” Napper said. “There’s no question, just based on the information that I know, and what intelligence sources have revealed publicly, KSM was intimately involved in the planning and funding of the 9-11 terrorists.”

On January 8, Napper will board a military transport at Andrews Air Force Base and fly to Guantanamo, home to Camp Justice and the “Expeditionary Legal Complex.” He expects to return January 15.

The mission raises a host of issues for Napper, who spent more than a decade heading Carlton Fields’ white collar and government investigation practice group before launching his own practice in 2016.

Can a trial so long delayed and shrouded in secrecy deliver justice to the 2,977 attack victims and their surviving family members?

“Any sort of satisfaction or relief is tempered by the fact that 20 years has passed,” Napper said. “I don’t want to diminish their grief…but the fact is, I think KSM will either die in Guantanamo, or if he’s ever transferred to a supermax prison, he will die there.”

A former prosecutor, Napper is philosophically opposed to the death penalty and troubled by the “enhanced interrogation techniques” the government used against the 9-11 suspects.

“But the ABA obviously has members from every political persuasion possible; this is not about politics,” he said. “My task is really just going as an independent observer representing the American Bar Association, the largest organization of lawyers in the country.”

The notion of delayed justice has a special resonance for Napper. He is involved in the pro bono representation of an inmate who has been on Florida’s death row since 1985.

“To my knowledge, all of the victim’s family members have died, with the exception of one, who believes our client is innocent,” Napper said.

KSM and four other suspects face charges that include conspiracy, murder in violation of the law of war, and terrorism, which carries the death penalty.

They were captured between 2002 and 2003, held at secret detention sites, and transferred to Guantanamo in 2006.

Before the pandemic, a judge set a January 11, 2021, date to begin jury selection for a military trial that is expected to last a year.

But due to the travel restrictions related to the pandemic, and changes in court personnel, jury selection is not expected until next year.

A CIA operative admitted gaining a confession from KSM after waterboarding him more than 200 times, and that has complicated the proceedings.

“He has supposedly admitted to other terrorists acts in addition to 9-11, and I say supposedly, some of this was after these enhanced interrogation techniques,” Napper said. “So, were these supposed admissions willing and voluntary? Or were they coerced in a way that maybe suggests that they are not entirely either accurate or truthful.”

The Center for Public Integrity’s Pearl Project issued a report that implicated KSM in the 2002 kidnapping and beheading of Wall Street Journal reporter Daniel Pearl, but KSM has not been charged in connection with that crime.

Napper agreed to be interviewed a few days after he received clearance from the U.S. Department of Defense. As part of the process, Napper said he agreed to abide by security protocols, but he declined to be specific.

“I had to sign some papers…I mean obviously, I can have this discussion with you, and I can speak to the fact that I’m going as an observer, that’s public information,” he said.

Napper was nominated to the council in 2020 after years of ABA service. It includes lawyers, judges, and academics, and has equal representation from prosecutors and defense counsel.

He isn’t the first observer the council has sent. Part of the mission is to make sure the rule of law is being followed and to keep the council appraised of the latest developments, he said.

“I will report to the council, probably orally at our next meeting,” he said. “I may or may not be asked to prepare something in writing.”

An ABA spokesman said security concerns would likely prevent council members from discussing the observer program. They did not respond to a request for an interview.

Napper expects security to be extremely tight at Guantanamo.

On-site observers, including reporters, family members, and human rights advocates, will view the proceedings from a gallery that is separated from the 100-foot-square courtroom by soundproof glass.

The Department of Defense offers a remote viewing site via closed-circuit TV at Ft. Meade, Maryland.

Napper says he’s eager to participate in such an important chapter in U.S. history.

“I never served in the military, I’m not a military lawyer, I was never a JAG officer,” he said. “But there are takeaways that you can always use in your everyday practice, and I think it will make me a better lawyer.”

Florida Bar News – Be on Guard, Cyber Pirates may be Lurking
December 22, 2021