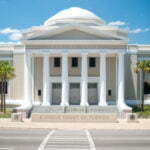 The Florida Supreme Court is asking the Civil Procedure Rules Committee and Bar members for comments on proposed rule amendments making it easier to reach settlements with multiple parties on one or both sides of civil lawsuits.

The court, on its own order, September 10 ordered an official notice published with proposed amendments to Civil Procedure Rule 1.442.

“The Court invites the Civil Procedure Rules Committee and all interested persons to comment on the amendments under consideration…,” the notice said. “All comments must be filed with the Court on or before November 1, 2021, as well as a separate request for oral argument if the person filing the comment wishes to participate in oral argument, which may be scheduled in this case.”

The notice also said, “The amendments under consideration would set forth procedures for employing joint proposals for settlements.”

The proposal would also add language to 1.442(a) that would ease interpretation of the rule provisions: “The procedural requirements of this rule shall be applied according to their plain meaning; but if the procedural requirements of this rule are ambiguous, they shall be construed pursuant to the standard set forth in Florida Rule of Civil Procedure 1.010, not strictly.”

(Rule 1.010 provides, in part: “These rules shall be construed to secure the just, speedy, and inexpensive determination of every action.”)

Other amendments change 1.442(c)(2). That provision now requires a settlement offer to say whether it includes attorneys’ fees while the amendment would provide that a settlement offer “resolves all damages, attorneys’ fees, taxable costs, and prejudgment interest” and that the damages would be tallied as “if the final judgments were entered on the date of the proposal.”

The notice said in making comments on the joint proposal amendments, filers should consider Justice Ricky Polston’s dissent in Attorneys’ Title Ins. Fund, Inc. v. Gorka, 36 So. 3d 646, 654 (Fla. 2010), “that the majority’s ruling ‘effectively eliminates the ability to make joint offers,’” and the Third District Court of Appeal opinion in Atl. Civil, Inc. v. Swift, 271 So. 3d 21, 26 (Fla. 3d DCA 2018), that “although expressly permitted under rule 1.442(c)(3), ‘joint proposals have become a trap for the wary and unwary alike’ under the principle set forth in Gorka.”

The notice also said the amendments eliminate strict construction of Rule 1.442 and exclude nonmonetary terms in settlement offers except for a voluntary dismissal with prejudice.

Paul Regensdorf, a member of the Civil Procedure Rules Committee who has written on settlement offers, said the court has focused on three areas of the multi-party settlement rule with the goal of making the rule more usable.

The full notice for In re: Amendments to Florida Rule of Civil Procedure 1.442, Case No. S21-277, including the rule amendments, is here.