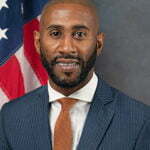 A Central Florida lawmaker has filed a measure that would make juvenile confessions inadmissible if obtained by “deception.”

The measure would deem confessions of suspects younger than 18 inadmissible if “knowingly” obtained through deception.

The measure would define deception as “the knowing communication of false facts about evidence or unauthorized statements regarding leniency by a law enforcement officer to a subject of custodial interrogation.” However, the measure states that the presumption of inadmissibility could be overcome by “a preponderance of the evidence that the confession was voluntary, based on the totality of the circumstances.”

The measure would become effective July 1, 2022.