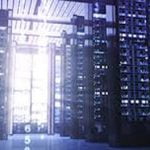 A potential client walks into your office to discuss hiring you in a case, but you don’t know much about the person. Now imagine having access to a statewide database of local court cases, updated every few hours, where you could in minutes see every case your potential client — or for that matter, the opposing party — has been involved in.

Florida lawyers may soon have that capability through the Comprehensive Case Information System maintained by the 67 clerks of courts.

The Florida Courts Technology Commission got an update on the CCIS system at its August 20 meeting.

Florida clerks were required by a 2004 law to develop the CCIS system as a “secure online service that provides a convenient, statewide index of official court records maintained by all 67 clerks of court in Florida,” according to the Florida Court Clerks & Comptrollers.

Since that time, local, state, and federal agencies have used CCIS to access court records, and it has developed into a huge database.

Mike Rankin, who works on the database for the FCCC, told the FCTC that the system now has records of more than 156 million cases covering more than 492 million parties.

Government agencies, ranging from the Florida Department of Law Enforcement to the Department of Revenue, use the system. Rankin said 38% of the use comes from law enforcement-related agencies, including state attorneys, public defenders, the U.S. Department of Homeland Security, sheriffs, and local police departments.

Each circuit court in Florida and all five district courts of appeal also have active users. The next update will add the state’s Guardian ad Litem Office and criminal conflict and civil regional counsels to agencies with CCIS access.

“Is it the plan to open CCIS to attorneys at some time in the future?” asked FCTC Chair and 17th Circuit Chief Judge Lisa Munyon.

“The logic is there,” Rankin replied. “There is coordination with the counties for the registration process and making sure the rollout is smooth and efficient.”

Munyon asked about a timeframe, and Rankin said it will be pursued after the next CCIS update in October and be done using the access security matrix established by the FCTC and the Supreme Court that governs who has access to which court records to protect confidential information.

In response to another question, Rankin said each county clerk of court would handle registration for local attorneys, but that registration could be used anywhere in the state to access the entire database of records, as governed by the security matrix.

FCTC member Murray Silverstein said it might be better to have a single statewide registration, but Rankin, responding to Silverstein and another question from Munyon, said the single clerk registration would work everywhere.

“The [registration] form is the same across the system. If you’re registered in Orange but you’re down in Miami-Dade doing work and you need to talk to someone down there, they can also administer your account,” Rankin said. “You register once and have access to the information.”

Tampa attorney Carol LoCicero, who represents a consortium of media companies, asked if residents and the press would be getting access to CCIS records at the same time as attorneys.

Rankin said they would, adding, “Everyone from your curious neighbor to everyone in between will be able to register.”

“I won’t say it’s real-time, but they do a nightly update to make sure everything is synced up,” he said.

Rankin said more information, including a time estimate for adding attorneys and resident access, should be ready by the FCTC’s next meeting in early November.