Florida Bar News – A Call for Lawyers to Help with Evictions 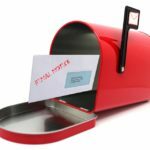 Garland sent his letter, “To Members of the Legal Community,” on August 30, just four days after the U.S. Supreme Court upheld a lower court ruling that the latest eviction moratorium issued by the Centers for Disease Control, and which would have expired in early October, was illegal.

In the meantime, legal aid organizations are bracing for an expected increase in eviction filings against low-income Floridians.

“At this point, we have our staff attorneys working on housing, we are holding weekly eviction clinics to talk to pro bono attorneys, and we have the FACE project [a Real Property, Probate and Trust Law Section eviction pro bono program] where attorneys sign up to provide advice-only for people facing possible eviction,” said Sarah Sullivan, executive director of Three Rivers Legal Service. “Based on talking with other pro bono directors around the state, they are offering similar opportunities for pro bono advocacy for tenants facing eviction.”

Garland’s letter pointed to the size of the problem, citing government statistics that six million households are behind on rent and three million believe they could face eviction within the next two months.

He said he recently met with nearly 40 state chief justices to discuss housing and evictions.

“The justices spoke of the many landlords and tenants who need help applying for the emergency rental assistance that Congress made available to keep families in their homes. In addition, they noted that the vast majority of tenants need access to legal counsel because far too many evictions result from default judgments in which the tenant never appeared in court,” Garland wrote in his letter.

“The legal profession is well positioned to provide support for tenants, landlords, and courts during this crisis. Promoting access to justice to ensure that our justice system delivers outcomes that are fair and accessible to all, irrespective of wealth or status, is one of the highest ideals of the legal profession.”

Among the things Garland said lawyers can do are:

• Help tenants apply for the federal Emergency Rental Assistance Program (ERAP), which is funded through states, local governments, and tribes and helps with rent and utilities. The Consumer Financial Protection Bureau’s Rental Assistance Finder can help lawyers find an ERAP administrator in their area.

• Volunteer with local legal aid providers. “I invite you to reach out to these organizations and volunteer to provide legal counseling or representation to tenants as they apply for rental assistance, mediate disputes with landlords, or litigate eviction filings in court,” Garland wrote. The Florida Bar Foundation has an online tool for Florida members to find local programs.

• Help local courts develop and implement eviction diversion programs, including by acting as mediators or neutral resources, that can help avoid evictions and obtain rental assistance that benefits both tenants and landlords. “These programs can be especially effective when they combine access to legal counseling, mediation, and social services,” Garland said.

• Bar members who are federal employees can help, and Garland encouraged them to reach out to Laura Klein of the Federal Government Pro Bono Program at Laura.F.Klein@usdoj.gov for more information.

Noting that former Attorney General Robert Kennedy at the height of the civil rights movement called on lawyers to protect the rights of the most vulnerable, Garland wrote, “Once again, the legal community has an obligation to help those who are most vulnerable. We can do that by doing everything we can to ensure that people have a meaningful opportunity to stay in their homes and that eviction procedures are carried out in a fair and just manner.”

“We are expecting to see an increase in cases,” said Leslie Powell-Boudreaux, executive director of Legal Services of North Florida. “I don’t know if I would define it as a surge, but we define it as an increase.

She added, “The real issue is the speed at which rental assistance is going out. There’s a lot there, but it takes a while to get out…. At the end of the day, everyone is better off if their rent gets paid.”

Tequisha Myles, supervising attorney for the Elder Law and Fair Housing Projects of the Legal Aid Society of Palm Beach County, is working on an eviction diversion program, as suggested by Garland.

“Our 15th Judicial Circuit, they collaborated with us to run a pilot eviction management program,” she said. Together with Florida Rural Legal Services, they offered attorneys to work as mediators.

“We’re trying to take that concept and convert that into a formal diversion project,” she added.

In the days since the Supreme Court upheld the striking down of the latest CDC moratorium, Myles said there hadn’t been a large increase in filings, but rather a bump in calls.

“Landlords are requiring rental increases that are unaffordable for our clients,” she said. “We’re getting people who are concerned about evictions, the landlord is increasing the rent, or the landlord is selling the property. The rent that people are asking is crazy. We’re seeing $200 increases in rent at the time people are just getting their lives back together….

“I suspect in the next couple weeks, we’ll see the filings go up and the people who were protected by the CDC moratorium will get filed on. I don’t know where they’re going to go. That’s the huge issue. There’s a lack of affordable housing in Palm Beach County. There aren’t a lot of choices.”

She said rental assistance may complicate cases, because in some instances landlords have accepted money or money is on the way to landlords but hasn’t arrived.

“We know money was paid, but we don’t know when it got there and how many months were covered,” Bradley said. “I think in a week or two weeks it [eviction filing] is going to explode…. We’re trying our hardest to get our pro bono clinics staffed and we want people to look at our website. We’re hoping to get a lot of pro bono help to give simple advice to ease people’s minds.”

Filings are going up in Miami-Dade County.

“We have seen a spike in cases and expect those numbers to increase as the moratorium was vacated by the Supreme Court on August 26. We encourage pro bono attorneys to jump in to assist these tenants,” said Bruce Levine, director of Miami-Dade Legal Aid’s Put Something Back pro bono program.

Legal aid officials said the moratoriums may have spread out the evictions. Cases were rising in recent months despite federal moratoriums, they said, as landlords filed evictions for reasons other than non-payment, or leases expired and landlords refused to renew them.

But they nonetheless expect a sharp increase in cases, that will also coincide with the spike in Delta variant COVID-19 cases.

“There is not a good solution,” said Myles. “The CDC moratorium was important to keep people where they were, to keep people from moving around during the pandemic.

“We encourage lawyers throughout the state to help legal aid and help us.”